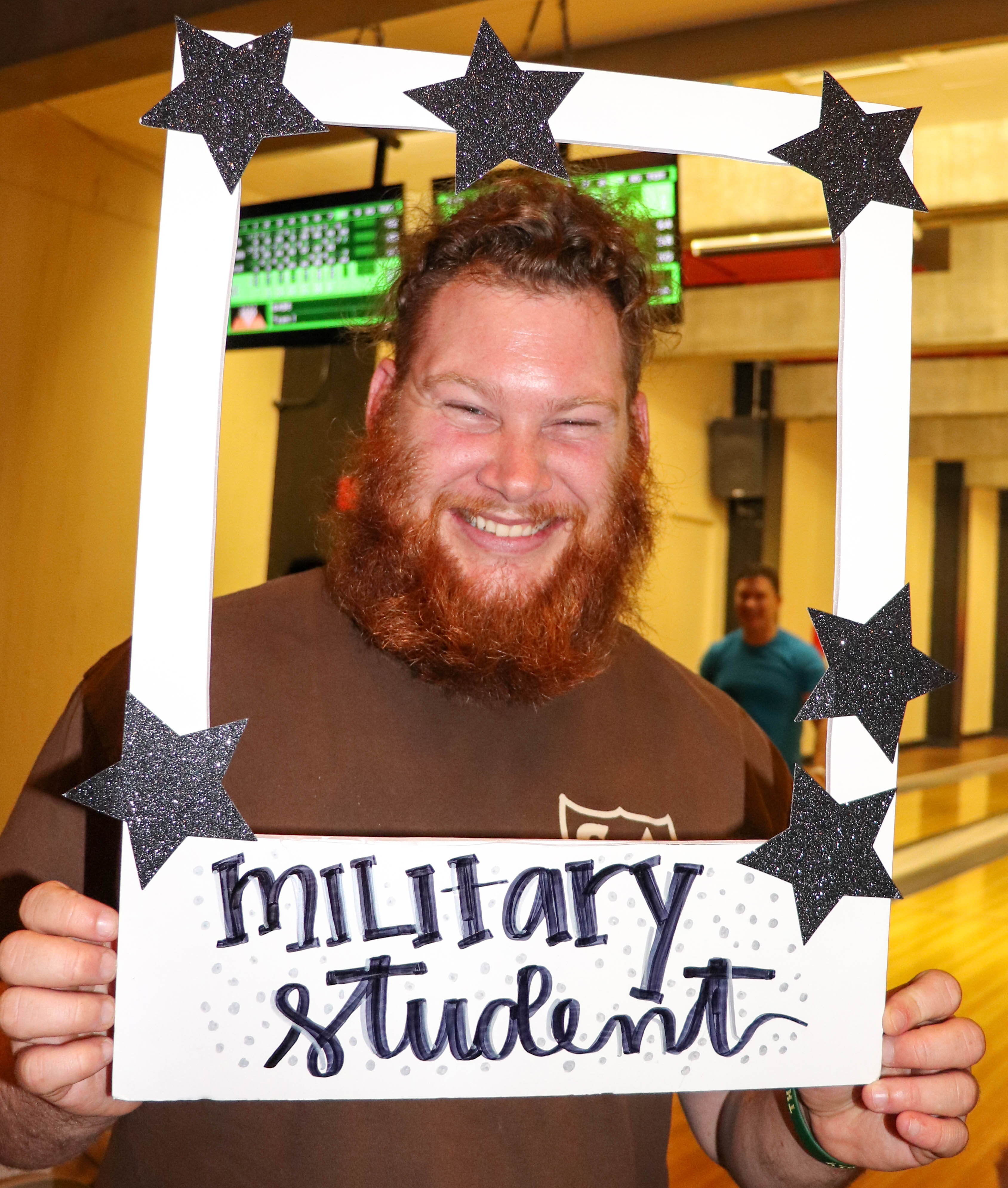 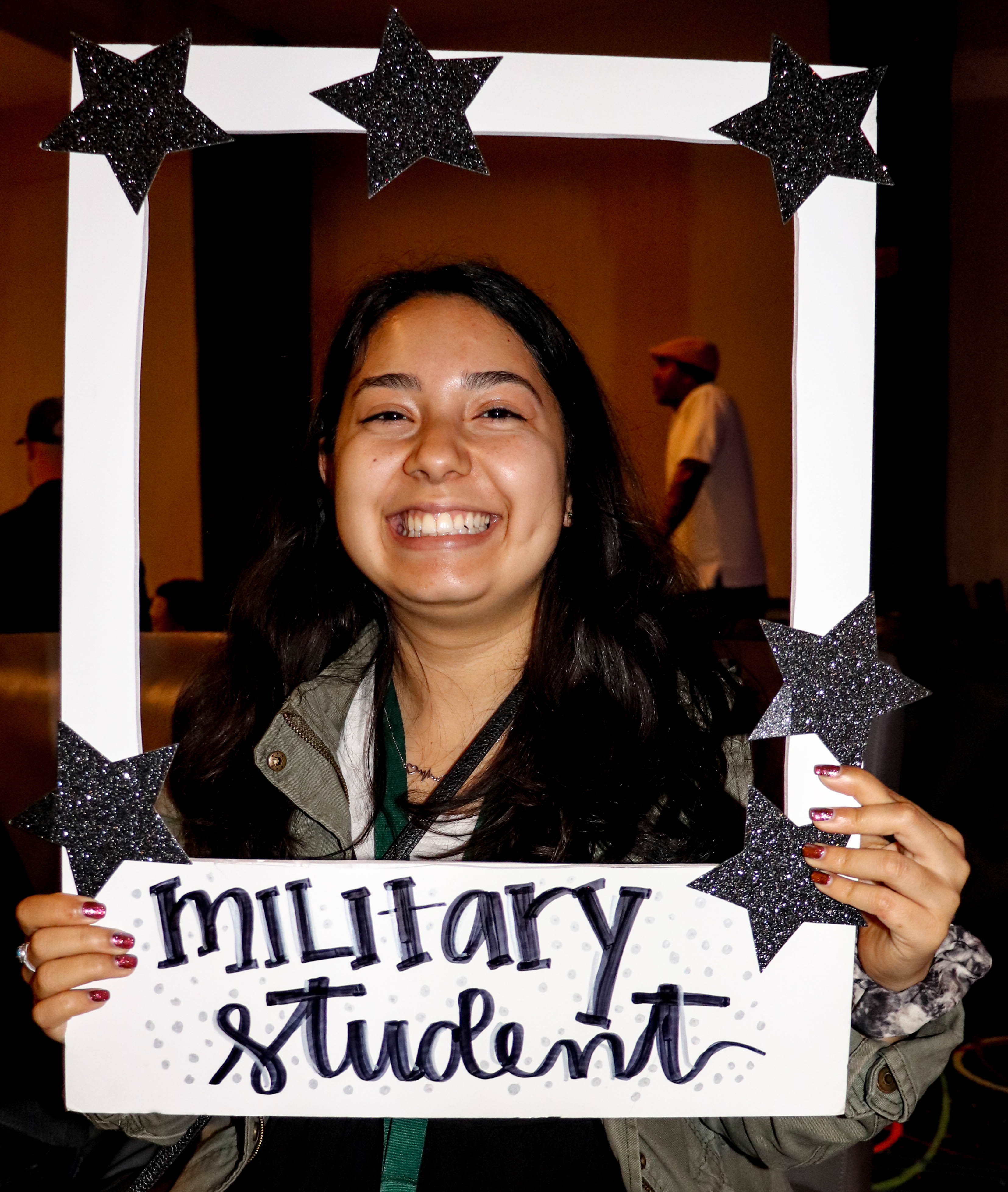 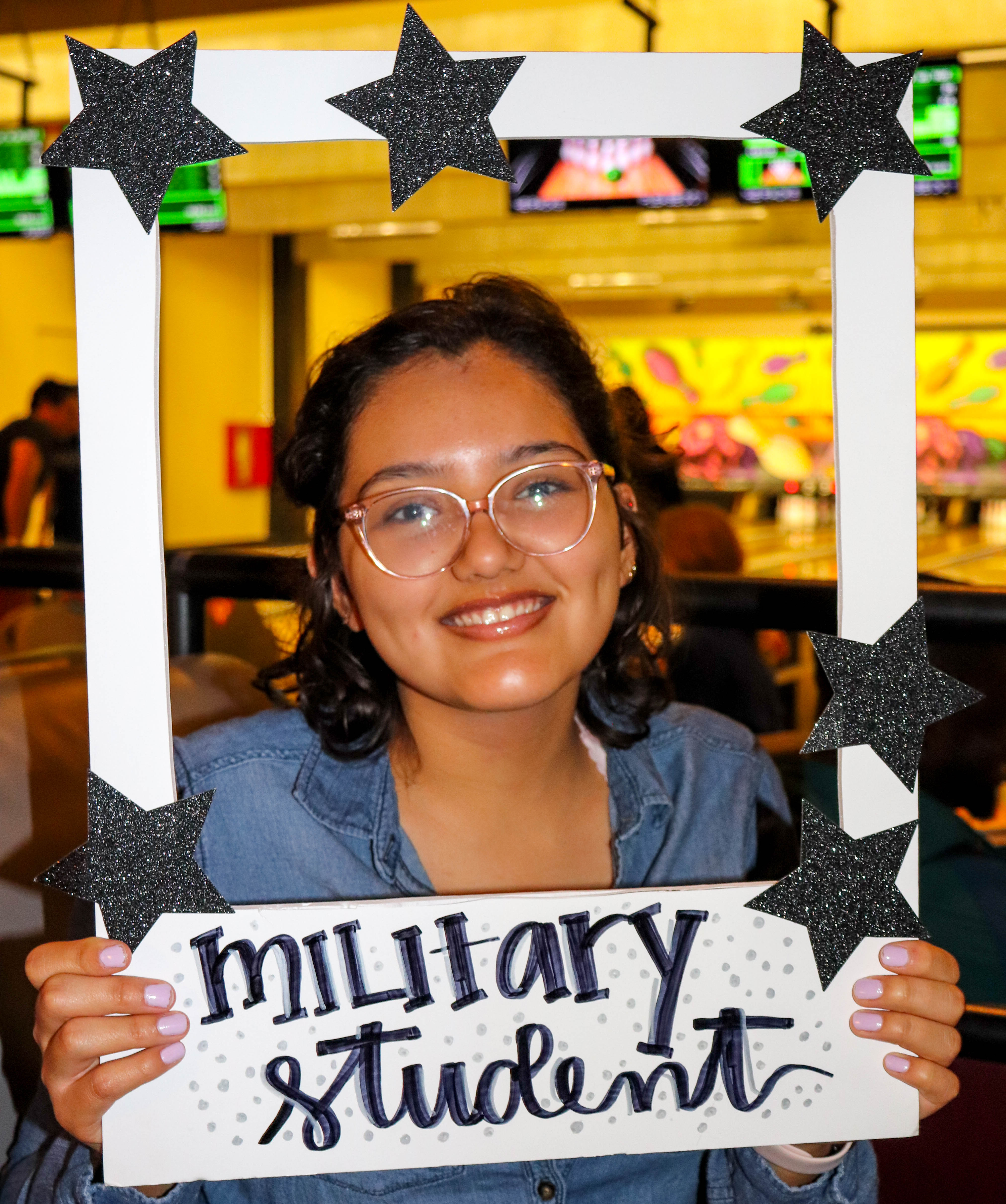 Did you, your parent or spouse ever serve in the US Military? You are eligible for extra resources and could be eligible for benefits to offset the cost of attendance.

All veterans and eligible dependents are urged to consult the CMCS early in the admissions process for information about the resources available to them.

Questions about the benefits and resources available to you?  Email the CMCS COORDINATOR with your questions.

Make sure to look for our breakout sessions, booth, and events at Open House, SLO Days and Week of Welcome. Our goal is to assist all military-connected students in becoming a successful Mustang. We're looking forward to meeting all incoming veterans, active duty, reserves, and military dependent students and are available to assist with all VA, TA and Cal Vet Fee waiver questions and paperwork.

SAN LUIS OBISPO — Cal Poly’s veterans center has helped bolster the university’s standing as one of the most veteran-friendly schools in the western U.S.

The 2020 rankings also saw the polytechnic university move up in its ranking for vets. Cal Poly, with about 550 veteran and military dependent students, was selected the second most veteran-friendly school — a listing that shows which top-ranked schools participate in federal initiatives helping veterans and active-duty service members pay for their degrees — among colleges and universities in 15 Western states.

The 2020 guidebook, which ranked 1,921 colleges and universities across the nation, lists Cal Poly in fourth overall in the West — up eight spots from last year’s rankings, which contributed to its higher standing for students with ties to the military.

That is thanks in part to the campus’s recently rechristened Center for Military-Connected Students (which opened in early 2015 as the Veterans Success Center).

“For the military-connected community to have a dedicated space to call their own is the best way to increase the likelihood of our students succeeding — graduating, finding a great job, moving out into the world and accomplishing all those goals that you set for yourself,” said Kari Leslie, the center’s first full-time coordinator.

“Having a center is one of the biggest things a school can do to benefit military-connected students. It’s a one-stop shop where those students can come and get all the answers they need, and it helps them build a sense of community on the campus.”

Cal Poly has a diverse military-connected community of about 100 veterans, including some active duty, many in reserve status, and more than 450 military dependents, Leslie said.

“Most are first-generation college students, and they come from many different racial and ethnic backgrounds,” said Leslie, whose late husband served in the military. “Our students encompass the traditional freshman, whose parent could be deployed or their family could be stationed overseas, to the more non-traditional student veteran, who is on average 23 or older and has transferred to Cal Poly from a community college. These students often have children and spouses.

“It’s a big population, and we coordinate all of their benefits and military inquiries. There are a bunch of different ways that dependents, veterans, active duty and reservists can pay for their education.”

The center also provides services that are specific to students with a military nexus.

“My primary job is to advocate for this community,” Leslie said. “We also have a school certifying official who serves as a liaison between our students and the U.S. Department of Veterans Affairs to certify benefits for all students who are using VA benefits, and we have a great liaison in Student Accounts, who works with our Cal Vet College Fee Waiver students. Helping military students to fund their education is the major thing that we do.”

Over the past 18 months, demand at the center has increased dramatically — from about five people a day using the center’s resources in 2018 to an average of about 45 on any given day this school year. As a result, the center has evolved into a welcoming place to study, hang out, get answers to veteran-benefit questions and other issues.

“We do a lot to work on our veterans’ basic needs, because they really struggle with housing and food insecurity,” Leslie said. “In return, our vets do a lot of things for our dependents. They were giving driving lessons, giving rides and doing things like taking students to the DMV to get their drivers test.

In advance of Veterans Day, members of the center will paint the hillside Cal Poly P red in honor of RED — Remember Everyone Deployed.

In 2006, the RED Campaign was adopted in Canada by the wives of two Canadian servicemen to spread nationwide support of Canadians overseas. The RED Shirt Friday idea spread to the U.S. thanks to military families, spouses and veterans support organizations.

Cal Poly veterans will gather to paint the 35-by-50-foot concrete Cal Poly P about noon Sunday, Nov. 10. This year marks the centennial of the landmark — one of the oldest hillside initials in the West.